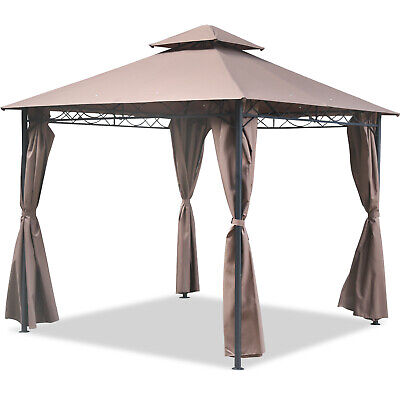 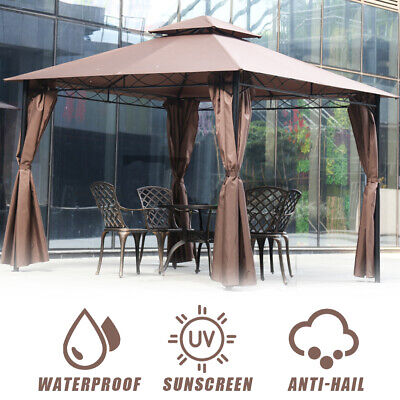 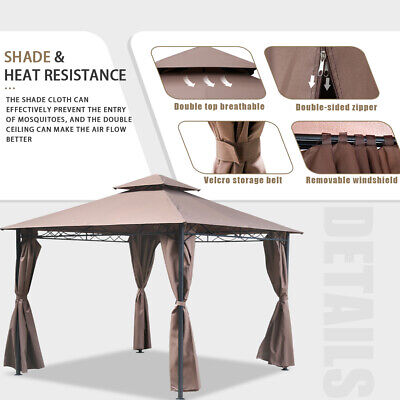 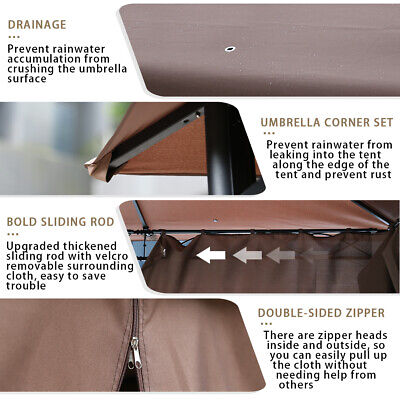 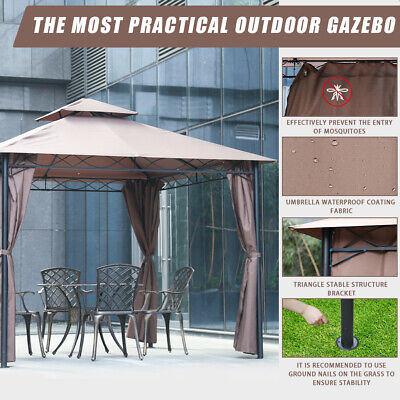 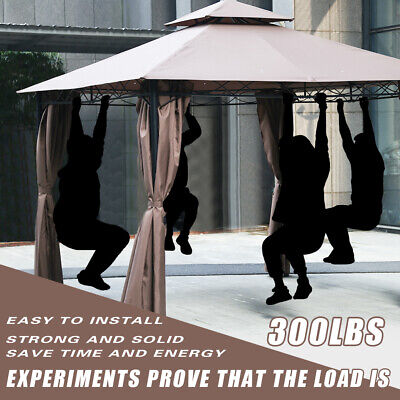 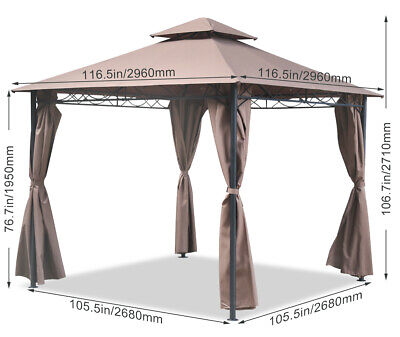 【With 4 sidewall 】The Gazebo Canopy with sidewall can protect you from mosquito bites.You can have a family time in the gazebo tent.And also can have a bbq in the bbq gazebo.
【Good Stability】The gazebo canopy have a good stability in the sunny day.And if it’s a stormy coming lift the 4 sides of top Canopy cover of the gazebo tent.Don’t suggest use the bbq gazebo in stormy.
【Large Space Canopy】The 10’X10’ bbq gazebo provides large diameter of shade, the Gazebo Canopy can offer you lots of shade and shelter in hot sun and light rain. And the entire gazebo tent is big enough to accommodate around 5-9 people.
【Durable bbq Gazebo】The Gazebo Canopy used high grade powder coated steel frame resists water, rust and corrosion. The gazebo tent fabric used by durable UV protection oxford fabric , protecting you from the sun and light rain.
【Double Vented Roof】The Gazebo Canopy is designed with double vented roof. Double top design makes the whole gazebo tent more beautiful, and also can make the bbq gazebo more effective in wind resistance and UV resistance.

There are no reviews yet.

Only logged in customers who have purchased this product may leave a review.

The Best To Get